Brands Hatch - clearing the mind and exploring the soul

Brands Hatch was an interesting event for me.... it was full of mind games and realization, epiphanies and exercises that made me grow as a driver and person.

The two weeks prior to Brands Hatch, I had cut milk out of my diet as it inhibited my ability to think, clogging my head. Unfortunately, by doing this I accidentally cut out my breakfast as I normally had cereal. You can see where this is heading right? Yes, come the Friday testing I was feeling quite weak, and the normally easy act of driving the car caused me massive pain and exhaustion. So in order to get myself back in working order ASAP, I ate pretty much non-stop in-between testing sessions, and had two suppers that night! With a few changes to the car that day, I did find some reasonable pace, though I wasn't where I normally was after the testing... I was quite disappointed, and didn't make the connection as to why until after race 1 on the next day... read on my friend.

Saturday morning was an early start, 7 o'clock sign on and qualifying at a dizzying 9am. Feeling better, but still not quite myself, I had a large breakfast, and continued to eat fruit and energy bars when I got to the track. While Qualifying didn't go particularly well, pace was found, and a few faults with the cars set up were mended. Throughout Friday and qualifying I couldn't quite pinpoint why I wasn't driving as hard, why I wasn't trying to push and find the fast lines and limits... something was broken in my head, and I didn't know what.

For race 1 I was positive in getting my normal quick start, and managed to pick up 5 places in the opening laps. Then something strange occurred, something I'd never experienced before; I simply could not drive the car. I was looking the mirrors way too much, driving in them almost... I was watching the cars behind get closer, while the cars in front got lost in the distance. To conclude the race, I lost two places on the second to last lap and nearly lost a 3rd on the final lap. I managed to hold on comfortably to 12th place though. Afterwards I did my best to figure out how it'd happened... what in my brain had suddenly snapped in-between Spa Francorchamps and Brands Hatch.

That's where Linda Keen came in. I met Linda last year when she was recommended to me for helping with motorsports drivers. She is a sports psychotherapist, and specializes in getting people to focus and use their minds to reach their goal. She is bloody brilliant at it to say the least, she helped me massively last year, and without a doubt made me realize just what had caused my problems this fateful Saturday. We spent a while discussing what my brain was thinking during the race, and what I'd been doing for the 4 weeks prior to the race. She lead me to see that I had been suffocating my brain with work, thoughts, and fears about the 2014 racing season, it had completely stopped me from being able to focus on my racing. Even with what I had learned last year, it was impossible to think and believe positive outcomes when my brain was stuck like a rusted gearbox. She helped me psyche myself up again, boosted my positivity, which in turn allowed me to free my mind of the clogging thoughts about 2014.

Race 2 was hectic, from my position at 16th on the grid (I mentioned qualifying didn't go well), I narrowly avoided some turn one crashes and moved up a couple of positions before the safety car boards came out. With the restart, I lost some distance to the cars in front, but then pulled it back in the following 3 corners. Fighting hard for the next place, I put in a 1:42.8 which ended up being my fastest lap of the weekend. Following that was the biggest move for position I've ever done - something I can't describe with words, you'll have to watch the video!

Race 3, as a result of race 2, was yet another race that I'd be working my way from the back in. 25th on the grid, man am I tired of being there... Next year I will have a budget worthy of my pace, and I will be up the front. For now though I'll look at the positives, and take all the overtaking practice I can get! 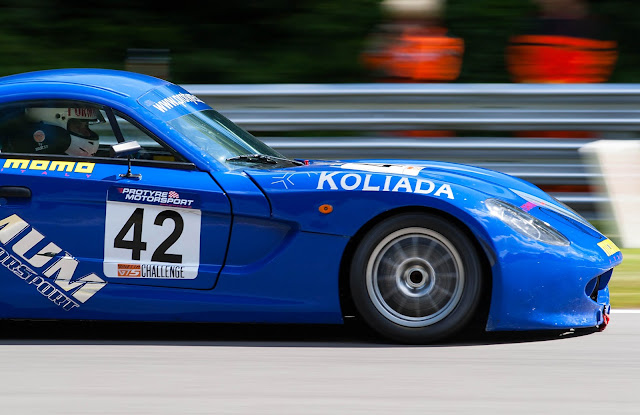 From the start I picked up 3 places on the first straight followed by a further 3 in the second corner. All through the race I just worked my way up the pack, to where I was 11th on the road. My goal when I got in the car was to make it to the top ten. I was so determined, I moved my interior mirror so I was blind to cars behind on lap 3 (I used it way too much) and focused on taking the car in front. Lap after lap ticked by, and I was closing at almost a second per lap, putting in the most consistent lap times of my career, every one separated by less than 2 tenths of a second. 5 laps and I was up behind him, ready to find a way past... it's in the video, so you'll have to watch it to see how I got on ;).

8th place after penalties for track limits were given to cars in front in race 3. I got to my goal in spades! All the way to the top ten from 25th, in just 20 minutes of racing. Not bad, but clearly I and my car belong at the pointy end. I crave being up the front, I want it more than anything I own, more than anyone I know... Money plays such a huge part of something that brings me such joy, it's saddening. Donington is coming up, and I've managed to scrounge enough money to do a test day before the Friday testing, and will be fighting because my life depends on it come race day. 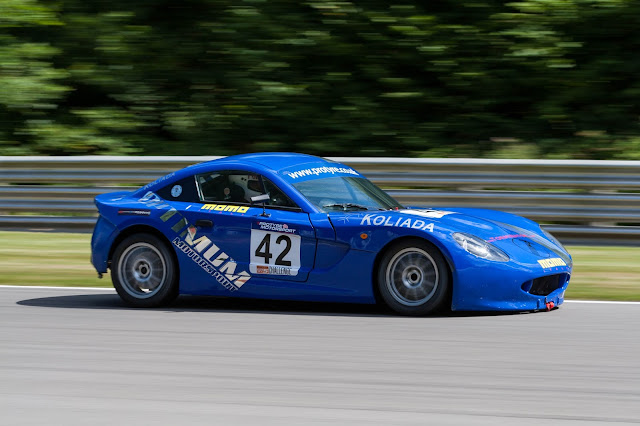 Racing is my passion, my one true calling, I can't get enough of it... driving is more than just fun for me, it's more than a pass time or a hobby, it is my all, my everything.

My life is wrapped into this choice to follow my dream more than anyone could know. I tirelessly work to make sure this passion can be continued into 2014, sponsorship partners will be in my future, this much passion has to go somewhere, right?