Donington Park, a return to where it all began a year ago. 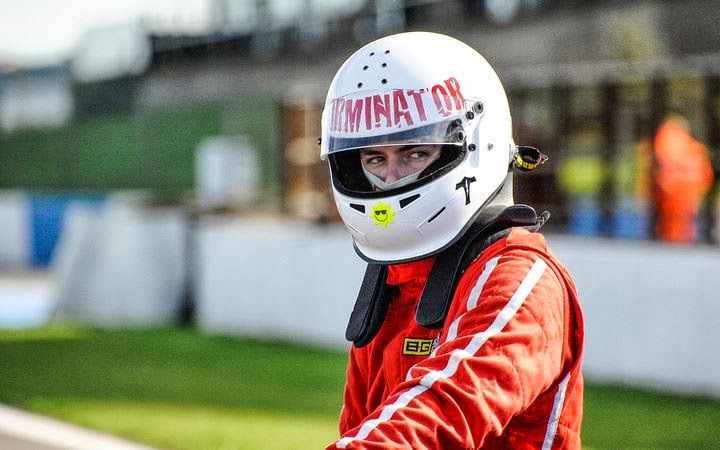 Last year my first ever Ginetta Challenge races took place at Donington, I loved the experience and instantly knew it was where I needed to be to launch into something special.

This year started with the union of myself and MOMO. It's been a fantastic partnership, getting them on board was a huge inspiration. Joining forces with them motivated me to new levels of professionalism both in and out of the car. I look forward to many more years with them.

The two weeks leading up to the event I managed to get two test sessions, both of which opened my eyes to the cars handling and my own driving. I learned more about driving the G40 fast in those two days than I have in most of this year. 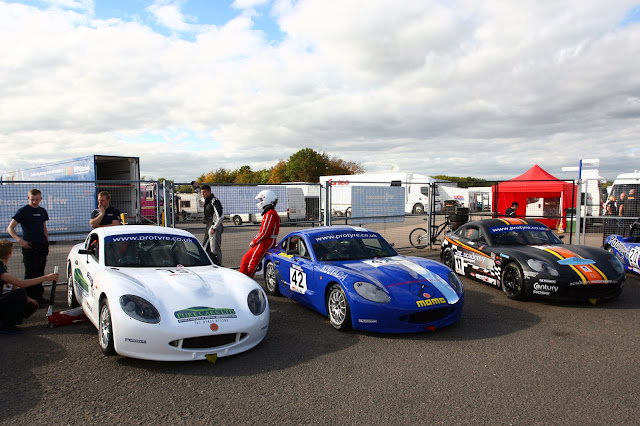 Qualifying was saturday afternoon, so for once I got to sleep in on a race weekend! I rocked up to the track at around noon, and made sure everything was ready. I went out and put some really solid laps together, extremely consistent but due to yellow flags and an unpredictable track surface I couldn't get a good groove. I threw the car into p12 on the grid for both race 1 and 2, with just a couple of tenths separating the times. P12, that's fine, I've worked miracles from there before, no worries, I'll keep it clean in the race and work my way up like I always do! 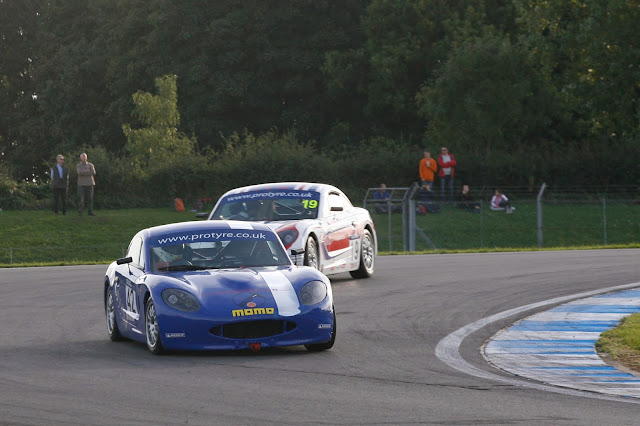 The first race of what was to be an extremely eventful weekend started at 9:30am SHARP, so I was at the track for 8:30. Focus exercises prepped me for the race as I sat waiting in the assembly area... and boy did I need it. I won't spill the beans for what happens in race 1 seeing as there's video for it, so watch and enjoy! 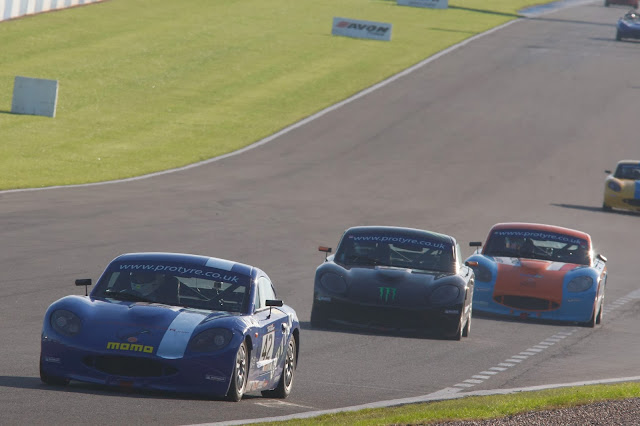 Race 2... well, the race 2 that started when race 2 was supposed to start was red flagged before we even made it one lap because of this incident... video curtesy of Jon Greenwood. The driver of the damaged car was bashed about a bit, but is getting better.

Race 2 was rescheduled to the race 3 slot, so just like a year ago we only got 2 races for the final round. 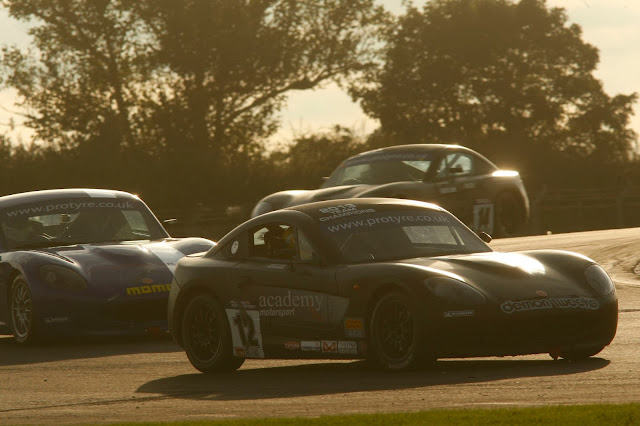 Now... that was a crazy race... unfortunately due to the unique G40 reg. stating that cars are only allowed 1 gopro camera in the car, and the required use of the judicial sd cards, I don't have footage of any of it. You'll just have to let me paint a video with words.

Race 2! It all started well, from p12 again, but on the first lap there was a crash going into the Old Hairpin at the bottom of the Craner Curves. I managed to take advantage and picked up a number of spots, as we came round to end the lap and collect the safety car I was in 6th place! A couple of laps later, the safety car left and we went racing again... I was stuck on the tail of the leaders, and as we all turned into the Old Hairpin we found the fluid on the track, sending as all spinning! There was no oil flag out and no cement dust to dry the track, so we all assumed it was safe for race pace. G40s went everywhere, I managed to control my spin to stay on the track rather than flying off into the gravel, which meant that my trick of going down the gears while spinning paid off! A full 360 later I dropped the clutch in 1st and chased after the car in front, passed him, and just happened to get myself into 5th place. Though, it didn't matter as the race was red flagged that lap... at this point all drivers were told to get out of their cars and go listen to the clark of the course. During this time a new grid was sorted out for the restart, the talking to was to calm us down... apparently half the pack shouldn't go spinning off the track on the first lap after safety car...

With the new grid, I started p6, what a result! I got a winner start, I picked up 2 places before the first corner and attacked the first lap in 4th place! I was actually being slowed down by 2nd and 3rd, I wanted to break free and chase p1, but also didn't want to chuck it off so stayed calm and drove behind waiting for the opportunity to pass. Coming round on lap 2, about half way through the lap p5 took a dive, and got his car to the apex. I of course gave him room, he caught the curb and bounced into me, just enough to put me on the dirt and junk off the racing line. He stayed close to me holding me wide, through this fast corner I just couldn't hold it and touched the grass, which dragged me quickly off the track and into the gravel trap. I couldn't believe it... I believe that this year if I didn't have bad luck I wouldn't have had any luck at all! 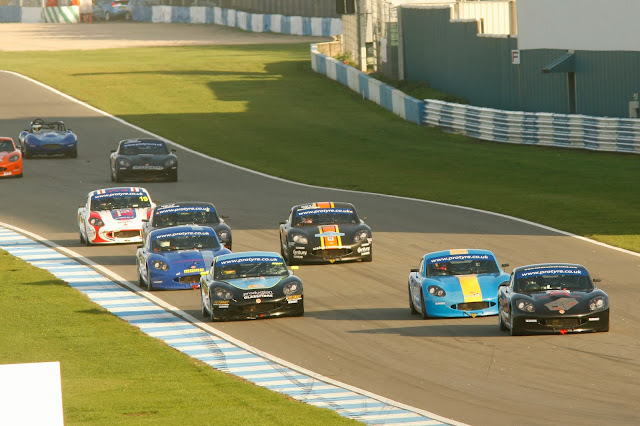 Well, unlike Silverstone where I was running p3/p4 and span out, I didn't run out talent this time. This was all luck, and it just happened to be against me. Similar to Snetterton where I started p4 but was collected in a first corner incident I had nothing to do with.

You know, I think I've had the most overtaking practice of anyone in the Challenge field! I've started from the back on multiple occasions, not that I've wanted to of course... but I can't complain at gaining experience! I'll have to do a count and see how many passing maneuvers I've done in each race, add them up and see! 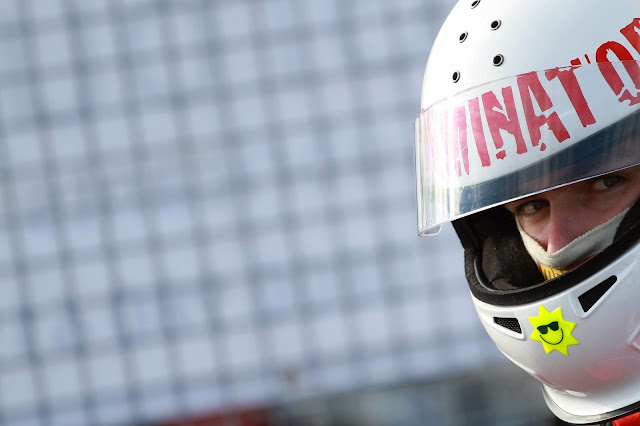 This was my first full year racing, I've loved every minute and can not see myself doing anything else. Through some very solid top 5 finishes this year, I managed to finish the championship in 10th place. We are ecstatic about this result! With no karting experience, barely any racing last year in the Caterham, and yet on several occasions this year I ran with the much more experienced leaders. 2013 was a year to learn from, 2014 will be a year to remember. Be a part of that!

Now the Future is here... 2014 is on the books and I'm in the hunt for sponsor partners to push me onto the -so far- elusive podium. Donington proved that I have the potential to be up front winning races, this makes me more determined than ever to have a full budget for next year, to build on my experiences from this year, and further grow a motorsports career.

Thank you, all my readers, for continuing to view my blog and follow this young, crazy, determined dreamer! I've really enjoyed writing these blogs knowing they do get read, by quite a few people too!

Stay tuned on this blog for updates on my sponsorship hunt, video highlights from the year (the good parts, and the not so good), and perhaps other stories about what I get up to in the off-season.

If you've kept up with my story and want to be a part of the future, send me an email - tor(at)torminator.com
Posted by Torminator at 9:12 AM